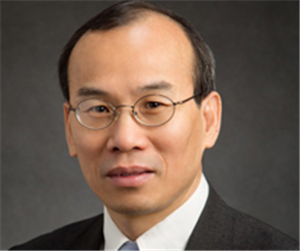 *** This talk will be delivered virtually, however the presentation will be streamed in the DC Red Room for those wanting to attend ‘in-person’. Cookies and coffee will be provided for attendees. ***

Zhi-Pei Liang received his Ph.D. degree in Biomedical Engineering from Case Western Reserve University in 1989.  He subsequently joined the University of Illinois at Urbana-Champaign (UIUC) first as a postdoctoral fellow (supervised by late Nobel Laureate Paul Lauterbur) and then as a faculty member in the Department of Electrical and Computer Engineering. Dr. Liang is currently the Franklin W. Woeltge Professor of Electrical and Computer Engineering; he also chairs the Computational Imaging Group in the Beckman Institute for Advanced Science and Technology.   Dr. Liang’s research is in the general area of magnetic resonance imaging and spectroscopy, ranging from spin physics, signal processing, machine learning, to biomedical applications. Research from his group has received a number of recognitions, including the Sylvia Sorkin Greenfield Award (Medical Physics, 1990), Whitaker Biomedical Engineering Research Award (1991), NSF CAREER Award (1995), Henry Magnuski Scholar Award (UIUC, 1999), University Scholar Award (UIUC, 2001), Isidor I. Rabi Award (International Society of Magnetic Resonance in Medicine, 2009), IEEE-EMBC Best Paper Awards (2010, 2011, 2021), IEEE-ISBI Best Paper Award (2010, 2015), Otto Schmitt Award (International Federation for Medical and Biological Engineering, 2012), Technical Achievement Award (IEEE Engineering in Medicine and Biology Society, 2014), Andrew Yang Research Award (UIUC, 2017) and the Gold Medal from the International Society for Magnetic Resonance in Medicine (2022). Dr. Liang was selected as the Paul C. Lauterbur Lecturer for the 2016 ISMRM meeting and as the Savio L. Woo Distinguished Lecturer for the 2017 WACBE World Congress on Bioengeering.  He is a Fellow of the IEEE, the International Society for Magnetic Resonance in Medicine and the American Institute for Medical and Biological Engineering. He was elected to the International Academy of Medical and Biological Engineering in 2012 and to the US National Academy of Inventors in 2021. Dr. Liang served as President of the IEEE Engineering in Medicine and Biology Society from 2011-2012 and received its Distinguished Service Award in 2015.  He was elected Chair-elect of the International Academy of Medical and Biological Engineering in 2021.