History: Celebrating 50+ years of BME at U of T 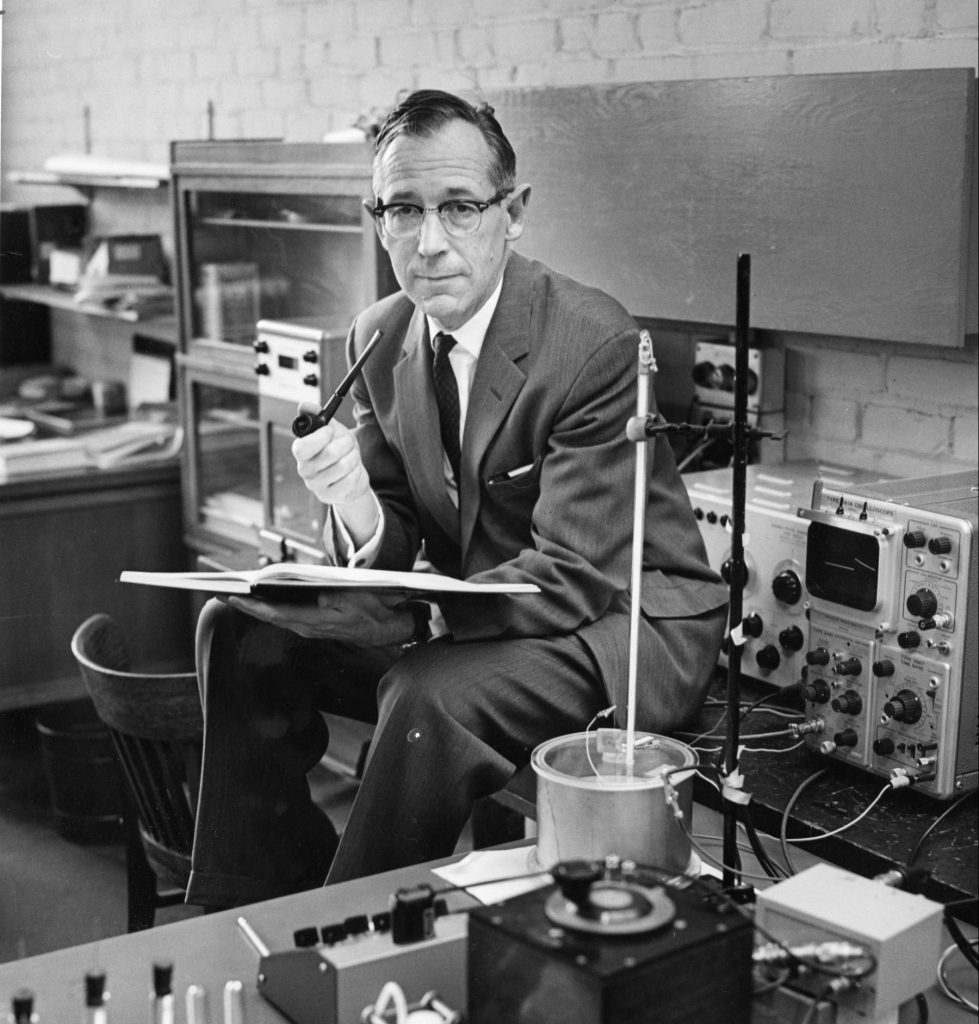 Arthur Porter, then Head of Industrial Engineering and James Ham, then head of Electrical Engineering thought that the university should invest in a new branch of engineering. A few months later, in July 1962, the Institute of Biomedical Electronics was born and Norman Moody, the first director, joined the Institute from the University of Saskatchewan. What was very unique at the time was that the Institute was a partnership between the Faculties of Engineering and Medicine.

Originally, the Institute had a council of 16 persons, and the Director reported to the President of the University through this council. The Director still reports to a council, which is made up of Deans of Engineering, Medicine and now Dentistry. Financial and other support comes to the Institute through these three faculties.

From the beginning, it was intended that the graduate students studying at the Institute should be drawn from a number of disciplines; i.e. engineering, the physical sciences, and the life sciences. In order not to divorce these students from their base disciplines, the Collaborative Program was conceived and developed. Students were, and still are, enrolled in their “home” departments, the Institute being a common ground where they would have their desks and laboratories to meet and exchange ideas and experiences with other researchers across the various disciplines. Close cooperation between the Institute and various departments was necessary to achieve this, thus the collaboration began.

History of the Clinical Engineering Program

Under the chairmanship of Henry O’Beirne, planning for a Clinical Engineering Program was completed in 1975 and approved by the Governing Council of the University but, due to fiscal constraints, the Institute was unable to launch this program until 1984. This was achieved largely through the work of the Director and his colleagues in publicizing the proposal, investigating sources of funding, offering new graduate courses and deleting old ones, all within the recommendations of the report. When the Clinical Engineering Program was finally launched the Institute, for the first time, became a graduate department, enabling it to enroll students directly into the Institute. Students fulfilling the requirements of this program receive a Master of Health Sciences in Clinical Biomedical Engineering.

In April 1984, the Director organized the Institute’s first Scientific Day. The keynote address was given by Professor Edward Llewellyn-Thomas, who sadly passed away shortly thereafter. Following his death, the Deans of Engineering and Medicine established the Edward Llewellyn-Thomas Memorial Lecture Series. Today, this lecture is the key event for the Annual IBBME Scientific Day in which Institute students participate in a day of oral and poster presentations of their current research.

In the fall of 2001, with the help of funding from the Whitaker Foundation, the Institute launched the new Graduate Program in Biomedical Engineering. This program allows students to register for graduate studies directly in IBBME, without having to register in “home” or collaborative departments. The new program has been a great success. Curriculum and research themes have been streamlined to accommodate the interests of incoming students.

Centre for Biomaterials, Faculty of Dentistry